K-Mark > Office Furniture > Office Trends: From the 1920s to Today

Over the past century, office design has changed drastically, with workplaces evolving from large, open-plan offices, to informal and collaborative spaces. Here we offer an interesting overview of how offices have evolved, from the 1920s to today. 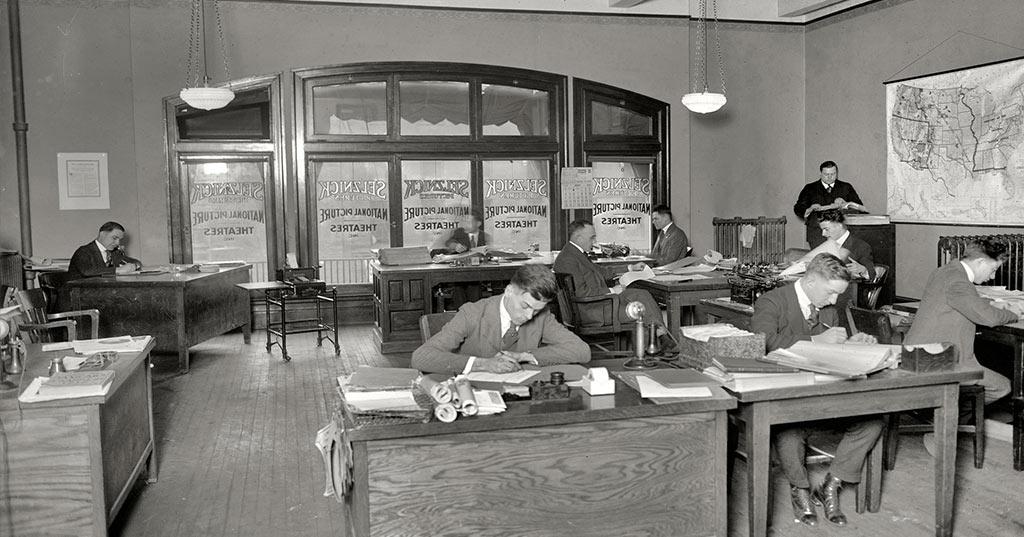 American engineer Frederick Taylor is credited with being one of the first people to design a modern office. His primary focus was efficiency, and his office spaces were designed to maximise productivity.

In these offices the majority of employees worked together in an open-plan space, each sitting at their own forward-facing desk, while bosses looked on from their own private offices. 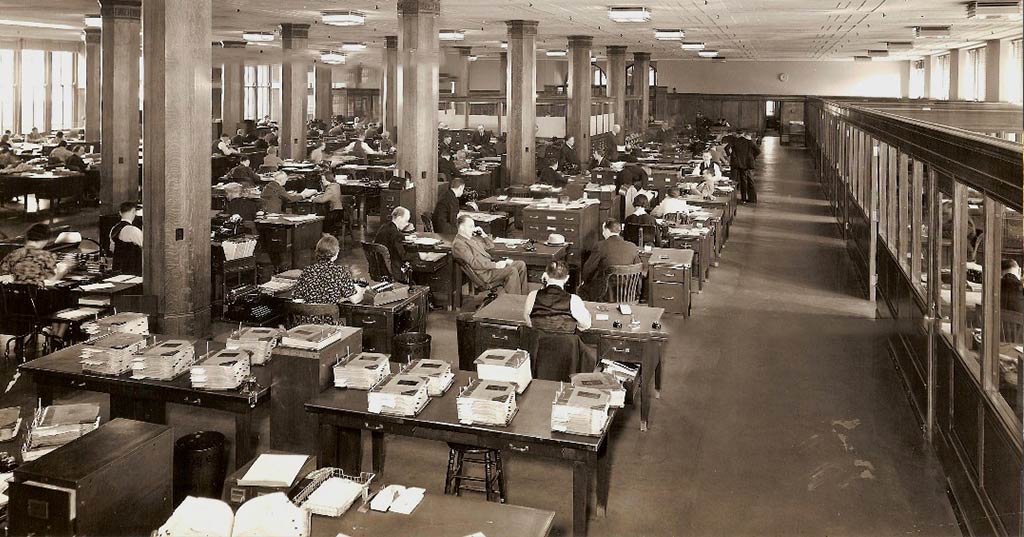 Following the Wall Street Crash in 1929, major corporations in American focused on getting work done as quickly and cheaply as possible. Although there was no major departure from Taylorist principles in office design during the 1930s, offices were streamlined and companies worked to create more modern and aesthetically-pleasing spaces for the benefit of their employees.

During this period, air-conditioning and fluorescent lighting were introduced, which allowed for more flexibility in office design, as workers no longer needed to be positioned near windows for natural light and ventilation.

Due to the widespread use of fluorescent lighting and air-conditioning, the 1950s saw the corporate office become completely separate from the outside world. Office spaces generally became wider and more open-plan, with employees placed virtually anywhere within the space.

In this period, the Quickborner Team in Hamburg developed the concept of “Bürolandschaft”, which literally translates as “office landscape”. It was a break from the rigidity of Taylorism, and focused more on organising office spaces to meet the needs of employees.

A key feature of the “Bürolandschaft” concept was the creation of different work areas, using plants and partitions to create sub-divisions. 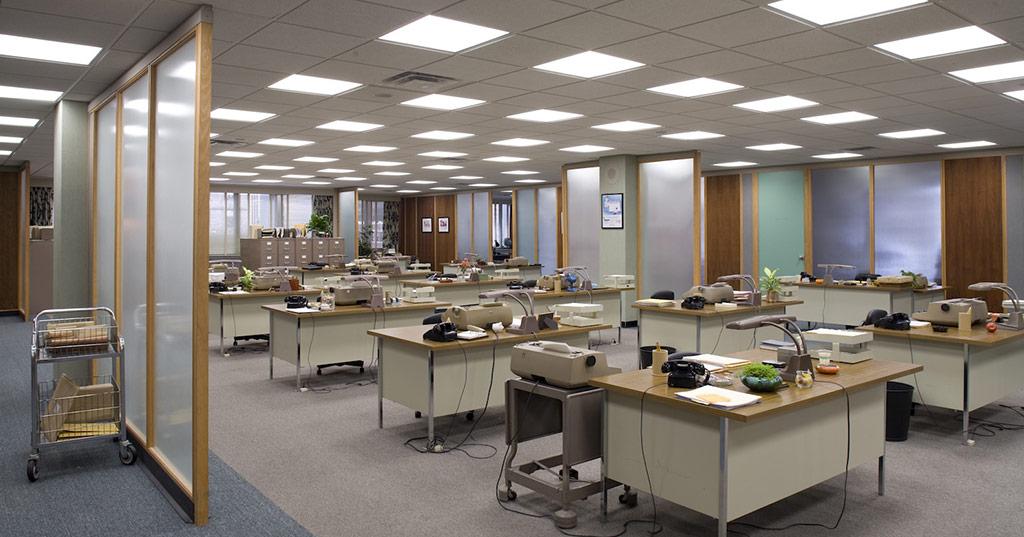 In the sixties, office design became more political. Many designers looked to create a more socially-democratic office layout, which would encourage interaction between employees.

However, also during this time, some designers rejected modernist office design in favour of more traditional layouts. The cubicle, a cheap way to provide workers with their own makeshift offices, gained much popularity. 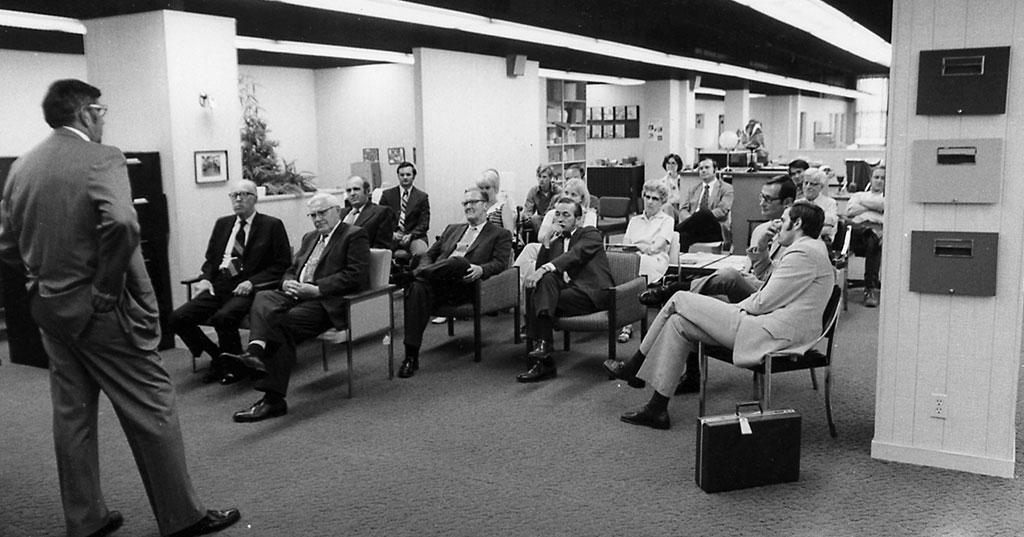 Following the European economic crisis of 1973, many businesses rejected the Bürolandschaft model as having large areas of air-conditioned and artificially-lit space was expensive, and many employees disliked working in an open-plan environment.

During this time, work councils also became increasingly influential in office design. Some countries implemented regulations that prescribed a minimum amount of space per employee. They insisted on access to daylight, open windows and views for all office workers. The response to this was a pattern of narrow buildings, with offices arranged along a corridor. 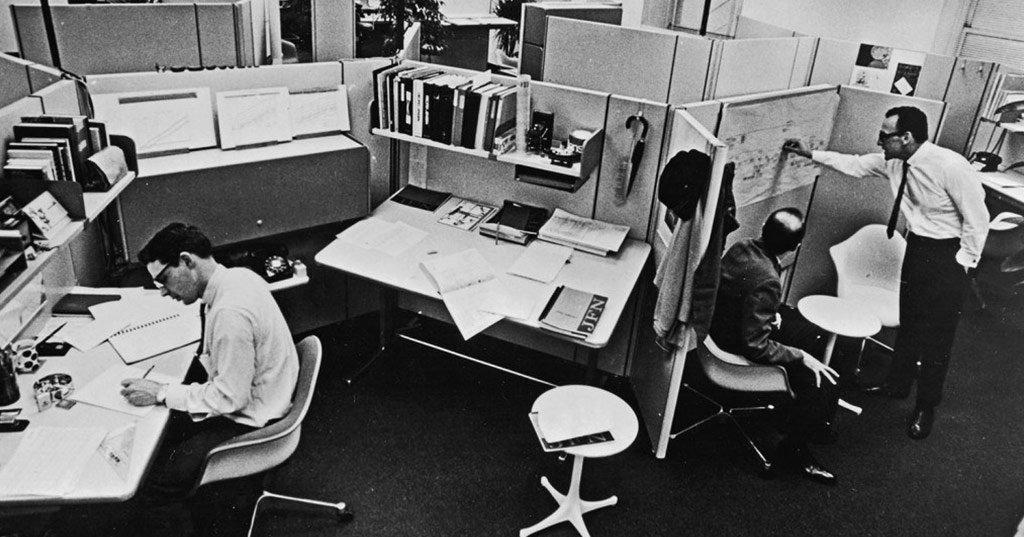 Although many corporation had adopted open plan work spaces over previous decades, many looked to gain back a degree of privacy in the eighties.

The cubicle made a big comeback. Many businesses saw it as a cheap and flexible way to create division and privacy, while still keeping the offices somewhat open. 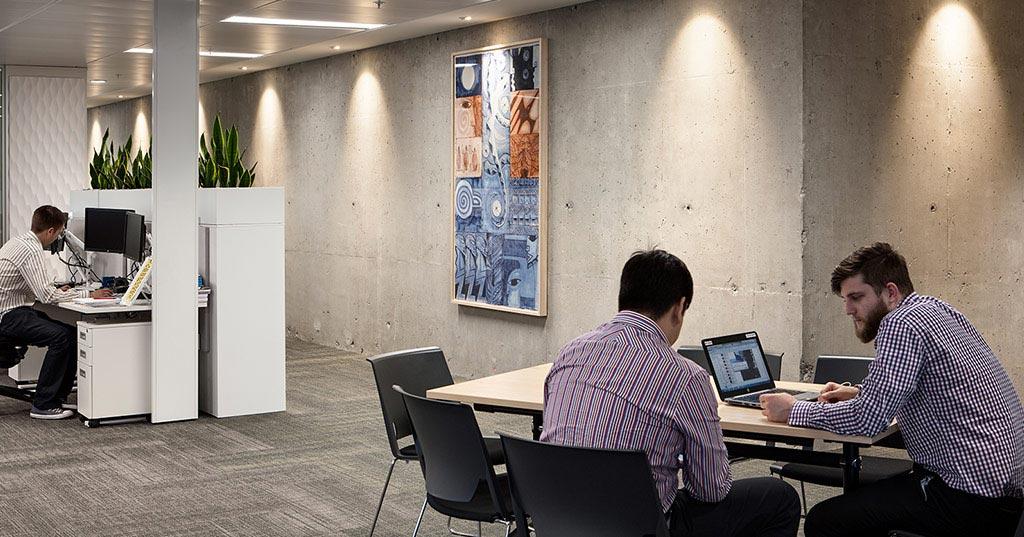 The technological advancements of the nineties had a massive impact on office design. The introduction of the internet, laptops and mobile phones allowed employees to work away from their desks.

With the recession of the early 1990s, many businesses also began to realise that teleworking and outsourcing could significantly reduce their operating costs.

In the late 1990s, many internet companies embraced smaller, more colourful and more casual offices, where the boundaries between private and public space, as well as between work and play, were blurred. 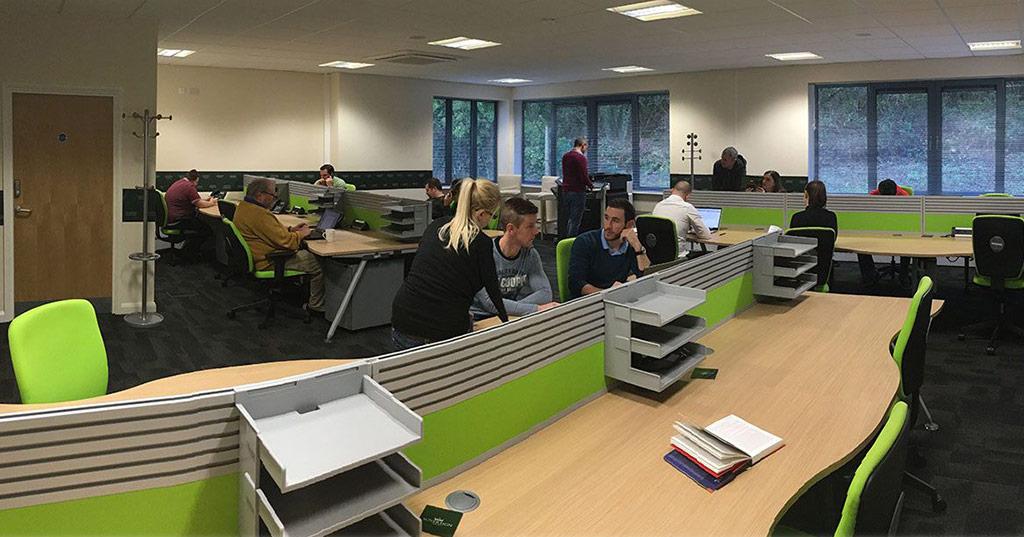 In the 2000s, “hot-desking” – where employees have no designated desk within the office – started gaining popularity. However, sharing spaces and furniture had its drawbacks, and employees often struggled to feel at home.

Following in the footsteps of companies such as Google, Yahoo! and Tesla, many employers saw the merits of creating a fun and appealing space for their workers. The result was office spaces that featured pinball machines, slides, basketball hoops and other recreational activities. 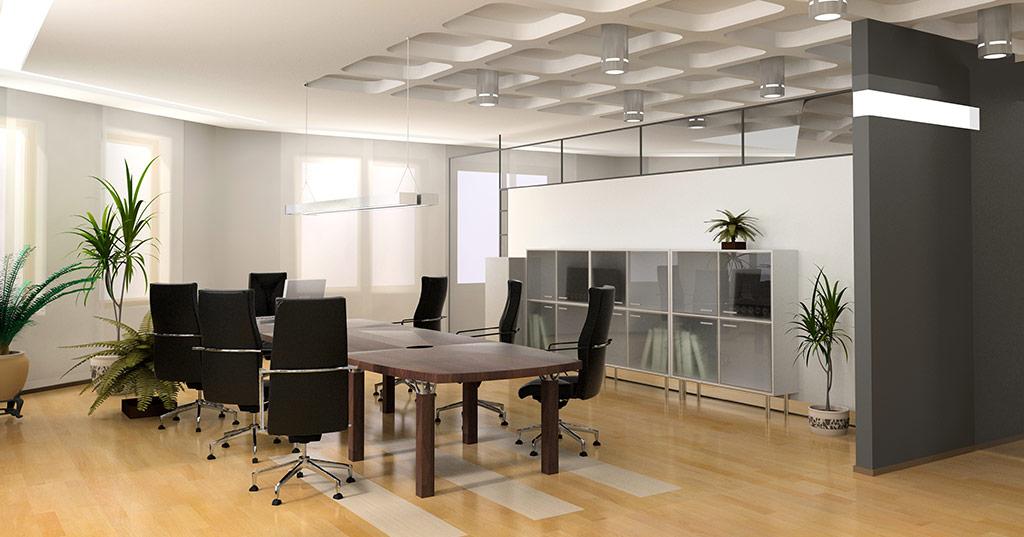 The most modern workplaces of the 2010s are “high concept”, aesthetically pleasing spaces, designed to encourage a sense of community and inspire collaboration. One of the most popular trends is the introduction of nature into workspaces, for example with more natural lighting, green walls and plants.

Other popular trends are the inclusion of flexible work areas with multi-purpose furniture and casual break areas where employees are encouraged to relax and share ideas.

What Makes a Good Computer Chair?

Office Design Trends…and Do They Really Make a Difference?