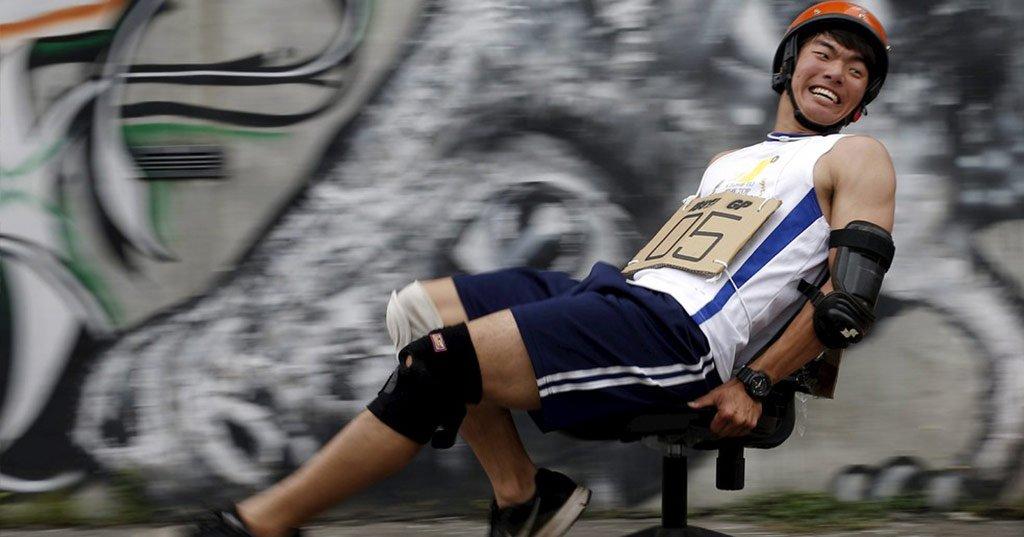 Ahead of the Isu-1 Grand Prix, it’s time for scores of competitors to rev the imaginary engines, don crash helmets and flex their neck and back muscles.

But rather than the deafening engines of Lotus, Ferrari and Mercurial Mercedes, it’s the carefully sculpted shells and wheels of office chairs that get the once over by the team mechanics.

Is this a serious event? Yes it is! 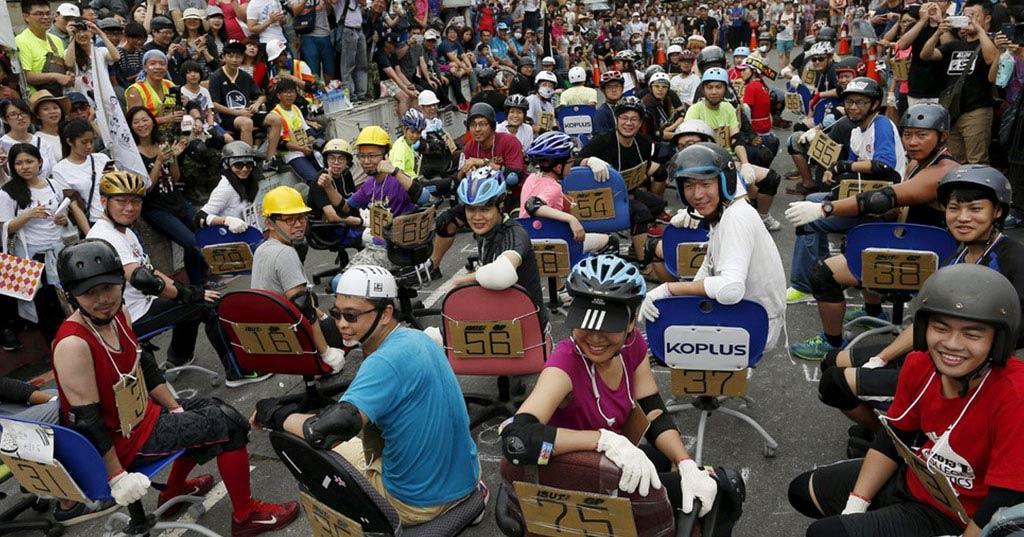 Believe it or not, the Isu-1 Grand Prix is a pretty serious event. It may not feature Lewis Hamilton, Nico Rosberg or Kimi Raikkonen, but it has attracted a fervent following and involves a legitimately gruelling two-hour race.

The Isu-1 Grand Prix has already entered its sixth year and is held in various cities across Japan.

The popularity of the event is spreading outside of Japan too. Most recently, Grand Prix office chair races have been held as far afield as Tainan in Taiwan and Suzhou in China.

Each team entering the ISU-1 Grand Prix consists of three members. Their objective is to complete the greatest number of laps in the two-hour race time. 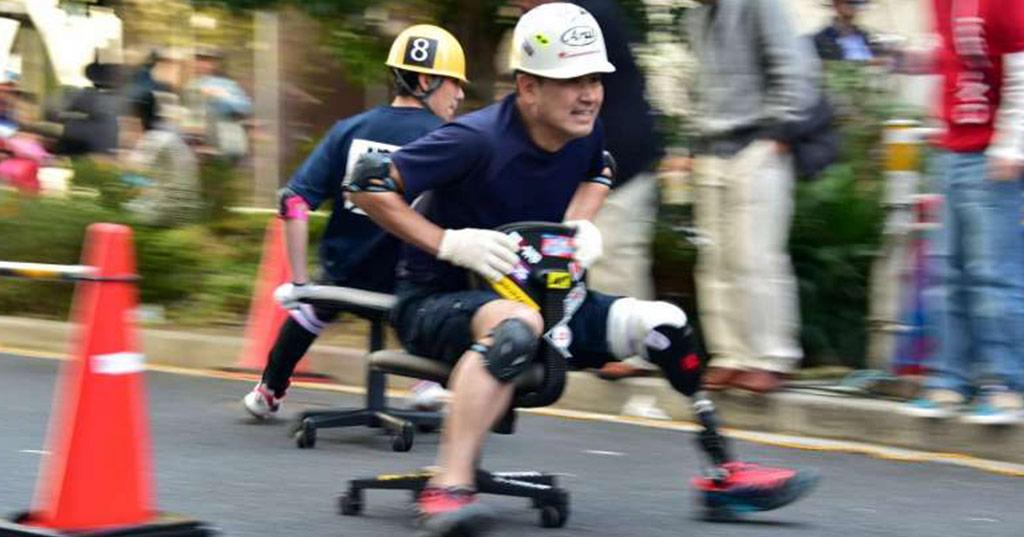 © image via The Straights Times

This year, Japan’s version of the Isu-1 Grand Prix was hosted in Kyoto.

A sharp blow of a whistle announces the start of the race, which sees enthusiastic competitors struggle to set a winning pace with their standard black shoes and rubberised soles.

Just as the strongest of the competitors start to tire, the end of the 180-metre course looms into view – but there can be only one winner of Japan’s Chair Grand Prix! In the 2016 Kyoto event, this was the robust trio from Team Kiyotaki.

In 2017, the racing calendar will feature courses in Japan, Taiwan and China, so be sure to invest in a custom-engineered ergonomic office chair for a stab at fame…along with the prize of 90 kilograms of long grain rice!

What Makes a Good Computer Chair?