Chairs are highly functional pieces of furniture. Throughout history, however, the chairs of the wealthy and powerful have been regarded as more than just seating. Instead many of these chairs were works of art. Highly skilled master craftsmen were commissioned to create beautiful pieces made from rare hard woods and decorated with precious metals, paint and inlays. Chairs also served as symbols of power.

This phenomenon dates all the way back to the time of the Pharaohs in Egypt. Opulent chairs crafted from wood and finished entirely in gilt have been discovered in tombs alongside the Nile. These wonderfully preserved funerary items were considered fit to accompany aristocracy on their journeys to the afterlife.

Not all chairs of antiquity have weathered the centuries as well as those of ancient Egypt. Relic hunters, graffiti artists and time itself have led to the disappearance or erosion of many of the most famous chairs in history.

Two global figures associated with enormous wealth – the British monarch and the Pope – have ancient thrones that are comparatively Spartan in design. One of these ceremonial chairs is still in use today. 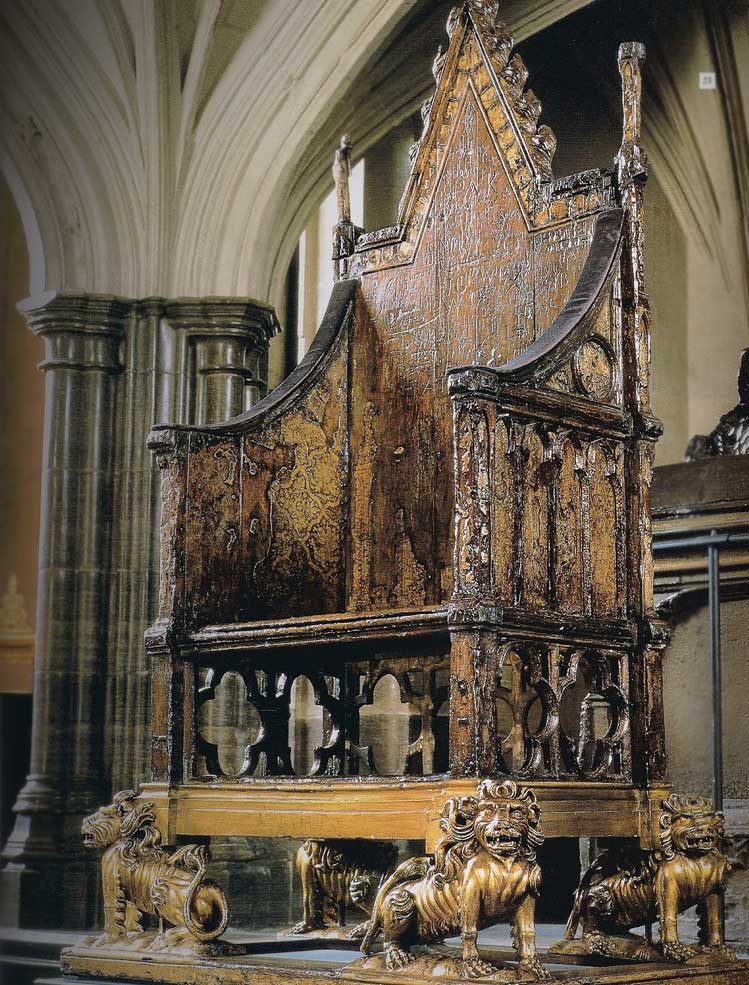 © image via The World According To Barbara

The Coronation Chair was built in 1296 on the instruction of King Edward I and has been central to the coronation of almost every single British monarch since Edward II was crowned in 1308. Its original purpose was to enclose and preserve the Stone of Scone, a coronation stone – consisting of a block of red sandstone – that Edward captured from the Scots. It was only in 1996 that the stone was returned to its rightful place in Scotland.

The solid oak throne was once an item of rare beauty and featured spectacular paintings, including colourful birds, animals and foliage, by the court painter, Master Walter. A major highlight that has long since disappeared was a portrait of an omnipotent king, thought to be Edward I, captured with a lion lying at his feet.

Four gilt lions were added to the chair 300 years later and are among the decorations that have endured to this day.

The passage of time was responsible for the fading and ultimate disappearance of most of the original paintwork. Major damage was also caused by schoolboy graffiti artists in the 18th and 19th centuries.

The throne, housed in Westminster Abbey, is currently undergoing a complete makeover. Conservators are determined to restore the piece to its former glory so that a new British monarch can be crowned on a throne that has endured for over 700 years. 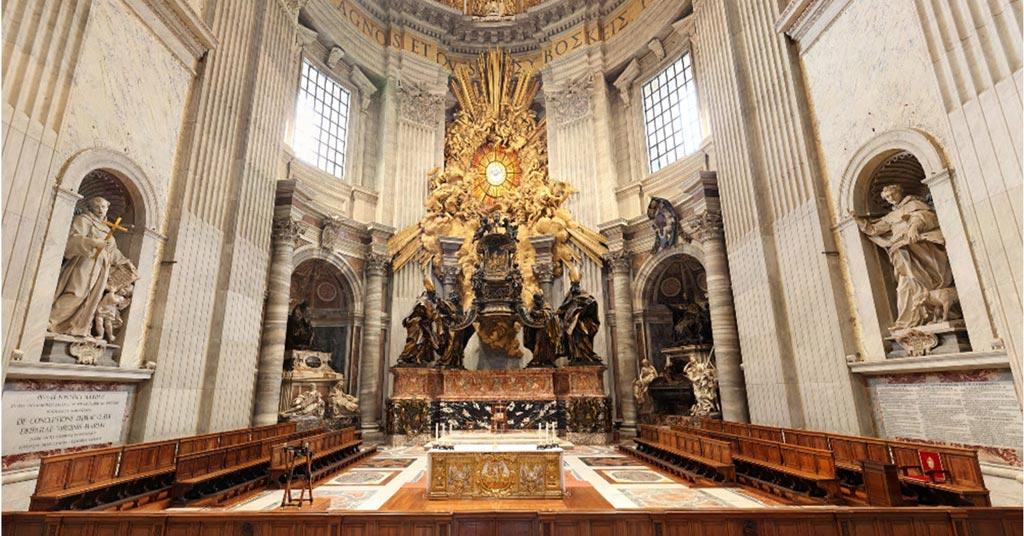 The Chair of St Peter is a humble oak armchair estimated to have been built in the Byzantine Empire in around the 6th Century AD.

Due to its importance as a religious relic, the chair was repaired several times and embellished over the centuries. In an effort to conserve what remained of the original piece, a glorious reliquary in bronze was created by the great Italian artist and sculptor, Bernini, in around 1649. This work of art, comprising sculptures of angels and biblical figures, surrounds and protects the chair and today is one of the priceless pieces found in St Peter’s Basilica in the Vatican.

Get in touch to discuss your needs
0 Comments

Leave a reply Click here to cancel the reply

Finding the Best Gaming Chair in South Africa: What to Look For